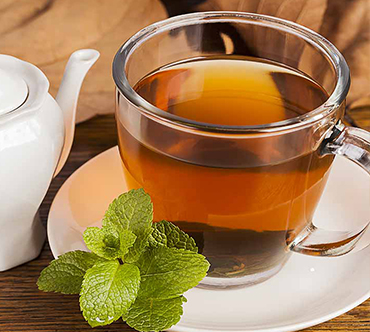 THE HISTORY OF GREEN TEA

If one were to study green tea in any detail, rather than finding a concise history of discovery and a subsequent spread across the continents, green tea's history is much more elaborate and many different versions and legends abound regarding the discovery of tea.

What can be verified, however, is that tea was discovered in its greenest form over five thousand years ago. Some versions of history have a flower falling into a tea cup while another has a man eating a leaf and realizing how delicious it would be steeped in water. Regardless of the facts (or legends) tea was discovered in some way and went on to change the world.

IT'S ALL ABOUT GREEN TEA

For centuries, all tea was green tea. Green tea is simply the leaves of the camellia sinensis plant placed to steep in hot water. The leaves had not undergone any of the oxidation process of tea leaves today, so it was tea in its most natural form. This version of green tea is still enjoyed around the world today as are many other versions of the same tea leaf.

In about 600 AD, the most important book regarding tea was written in China. Lu Yu was the author of Cha Jing, or Tea Classic. The book is an important document both for historical purposes and as an insight into the lives of a country which introduced tea to the world. The book detailed exactly how a cup of green tea should be made and how it should be served. Outside of the interesting attention to detail, the book made it clear that tea is one of the oldest documented beverages we still enjoy today in almost its exact same form.

The Japanese contributed much to green tea by offering different variations on the tea leaves that are still enjoyed today. The Japanese also offered much formality to tea and integrated the drink into their culture in a very large way, particularly through the tea ceremonies. In countries such as Japan and China, tea and its presentation have become an art form.

Throughout the next centuries, tea spread throughout the globe and became a much sought after commodity, although green tea was not as popular in the western world as black teas for many centuries. Today the western world is still in the process of discovering the delicious variations of green tea and other tea types as they delve into the secrets and customs of the Eastern world - the land that created the sensation.

EVERYONE SHOULD DRINK GREEN TEA

If you're not already a tea drinker - you should be. Tea is one of the oldest and most natural drinks on the globe, and many are discovering there is a lot more to a cup of tea than you might suppose. This is especially true of green tea, arguably the healthiest variety of the tea industry.

What makes green tea so special? Its many health benefits combined with a mild and delicious flavor have brought green tea almost instant fame over the last few years. As more is learned about the cancer preventative properties and other health aspects of the drink, green tea will continue to be among the world's healthiest beverages.